As we approach the end of 2018, I wanted to look back on another selection of 10 books I've read this year. Including biographies, cult classics and contemporary fiction, this varied selection reflects myriad experiences of the 20th and 21st centuries.

Lyrically wrought, this classic tale of obsession, love and lust between professor Humbert Humbert and 12-year-old Lolita is as controversial as it is compelling. Continually questioning the reader's morality, it leaves them implicit in its narrative – following a road-trip governed by an unreliable yet enchanting narrator.

2. Coming Up For Air, George Orwell

As WWII looms across Britain, insurance salesman George Bowling reflects upon his life with humour and tragedy in equal measure. Tapping into universal ideas of nostalgia, it documents a changing urban landscape whilst looking into the protagonist's experience of an unstimulating middle-class domestic existence.

3. Valley of the Dolls, Jacqueline Susann

Exploring ideas of fame, addiction and the female experience within the entertainment industry, this novel is a culturally important text under the guise of a guilty pleasure. Over the course of 20 years (1945-65), it follows Anne, Neely and Jennifer as they are chewed up and spat out by the allure of the American Dream.

4. Elmet, Fiona Mozley
One of the newer novels I've picked up this year, Elmet explores life on the margins of society through atmospheric commentary. Set within the north of England's rural landscape, it is a dark and lyrical book, exploring themes of ritual within an alternative community. Family is at the heart of this tale, as it slips into a narrative of violence and revenge.

Andy, Dag and Clare are members of Generation X, working dead-end "McJobs" and living in the California desert. Comprising stories told by the trio, Coupland's book uses pop culture references and a satirical tone to offer blatant cultural commentary on a world defined by capitalism, technology and mindless entertainment.

Bringing together artefacts, images and quotations from throughout Warhol's life and career, this visually arresting book is punctuated with informative yet readable essays that chronicle his rise to international stardom. Foregrounding an insatiable work ethic, interdisciplinary ventures and a visionary imagination, it is a must-read for those interested in Pop Art.

Demonstrating the powerful relationship that can exist between humans and animals, this poignant book follows a road-trip taken by Satoru and his cat Nana. Meeting people from Satoru's past along the way, it delves into deeply human narratives whilst offering comedic and touching commentary from a feline perspective.

9. As I Walked Out One Midsummer Morning, Laurie Lee

This account chronicles Lee's own experiences travelling across England and into Spain. As the impending Civil War grows on the horizon, the author's vivid descriptions bring to life the striking landscapes and diverse inhabitants of a country that begins to take its hold on him irrevocably. Reminiscent of works such as George Orwell's Down and Out in Paris in London.

Utterly compelling, If We Were Villains follows the experience of a group of actors studying Shakespeare at an elite American arts school. The novel follows their descent into violence and tragedy, as life begins to imitate art. A true example of dark academia, it is perfect for those who enjoy narratives such as Donna Tartt's The Secret History.
Posted by Unknown 14 comments:

Tranquility Base Hotel and Casino: A Review

In an era defined by technology, nostalgia and the end of analogue, it seems only fitting that the Arctic Monkeys - whose earlier music was so deeply rooted in the physical experience - should head off into the virtual world. The new concept album, entitled Tranquility Base Hotel and Casino, revolves around a resort located on the moon, and traverses this environment in a deeply cinematic way. Recalling film theorist Gilles Deleuze’s  theory of the “any-space-whatever” – a jarring, disorientating arena – Alex Turner’s aural journey is reflective of the digital landscape: a media-saturated, disconnected platform that society is struggling to understand, yet alone keep up with.

Social commentary has been at the heart of the Monkeys’ albums since their beginning. From examining youth culture in early 2000s Britain to tapping into the collective consciousness with AM, each record has held up a mirror to society. With the last five years offering so much in the way of technological and cultural change – including VR, drones and endless political upheaval – it seems only natural that this record deals with media overstimulation and new forms of communication. Young people connect differently now – and this album acknowledges that, with a wink to the camera.

In this respect, Turner’s complex, hard-to-decipher and often self-referential lyrics encourage repeated listening, rewarding fans with a deeper understanding of the album’s rich tapestry and the singer’s internal monologue. A surprising yet strikingly timely departure, the collection repeatedly breaks the fourth wall whilst retaining a shrouded essence of the band's earlier work. Punctuated by pop culture references and sounds originating from the 1970s up to the present day, the album is a postmodernist masterpiece – nostalgic, self-aware and strikingly forward thinking. 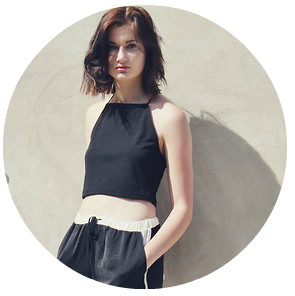